Going for a routine check-up at your GP may one day involve measuring your blood pressure, cholesterol … and pain levels.

That’s right: pain. It may sound far-fetched, but ARC Centre of Excellence for Nanoscale BioPhotonics (CNBP) researchers are aiming to turn this imagined scenario into reality by literally shining a light on blood.

Today, people usually communicate pain severity on a scale from 1 to 10, but this comes with a swag of problems, says Prof Mark Hutchinson, Neuroimmunopharmacology lab leader at the University of Adelaide and CNBP Director.

‘The assumption is that if I say my pain is a 6, and I get medicine, my pain will disappear,’ he says. ‘That’s not how it works.’

Some people may exaggerate or understate the amount of pain they feel, while others can’t speak at all. And we’re all different: one person’s 6 may be another’s 9. How medication affects individuals varies too.

Those living with chronic pain have a much harder time receiving a diagnosis and appropriate treatment. But it is possible to show – objectively – if a person is in pain.

Functional MRI (fMRI) can experimentally measure pain intensity in the brain, but the equipment is expensive. Electroencephalograms or EEGs – where a cap of electrodes gather electrical signals from the brain’s outermost layers – are cheaper and have more commercial potential, Prof Hutchinson says.

The challenge with EEG is that it’s not as specific in its signal as fMRI, nor can it detect signals from structures deeper in the brain or spinal cord.

So is there an indirect gauge for pain? 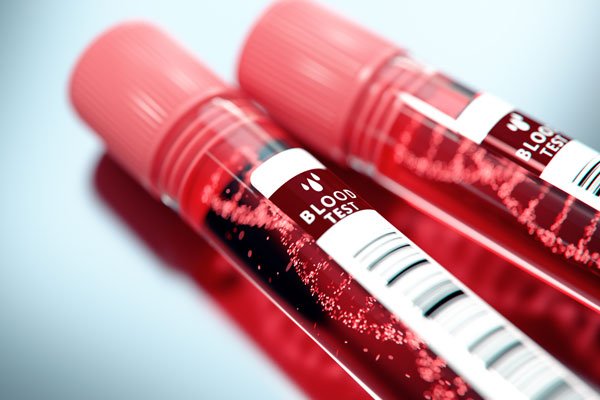 Should some of those fragments of the glial brain pruning activity end up in the bloodstream, they might be measured through a finger-prick test, not unlike a blood glucose test.

Prof Hutchinson and his team are also looking at developing a quick finger-prick test. But instead of focusing on one molecule, they include all blood components. The method uses hyperspectral imaging – a technique initially developed for satellites, and adapted by CNBP deputy director Prof Ewa Goldys and her team at UNSW.

Hyperspectral imaging works by shining loads of different wavelengths or colours of light, from infrared through visible and into ultraviolet, onto a sample. Different molecules in the sample reflect different wavelengths, displaying unique colour signatures that are detected by the device.

This means blood from a person living with chronic pain has a different ‘colour’ to a healthy person’s blood.

These hyperspectral signatures are disease-specific, too. Prof Hutchinson is currently conducting trials with colleagues in Australia and abroad to ascertain which colours relate to particular conditions.

While the hyperspectral equipment needed to analyse blood is rather large and expensive now, its size and cost should shrink.

The hope is to determine the handful of wavelengths required to reliably diagnose pain severity and location, and incorporate those into a benchtop machine that processes samples in minutes.

Prof Hutchinson says the work behind these tools is only possible thanks to the CNBP’s highly collaborative and multidisciplinary approach to research, including but not limited to input from physicists, chemists, computer scientists, engineers and biologists.

And so much more will be accomplished by continuing to bring together people from different branches of science, he adds: ‘You put them together and boom! You have this amazing science.’

BACK TO PAIN
© 2020 CNBP · ARC Centre of Excellence for Nanoscale BioPhotonics. The works on this website are licensed under a Creative Commons Attribution-ShareAlike 4.0 International License.